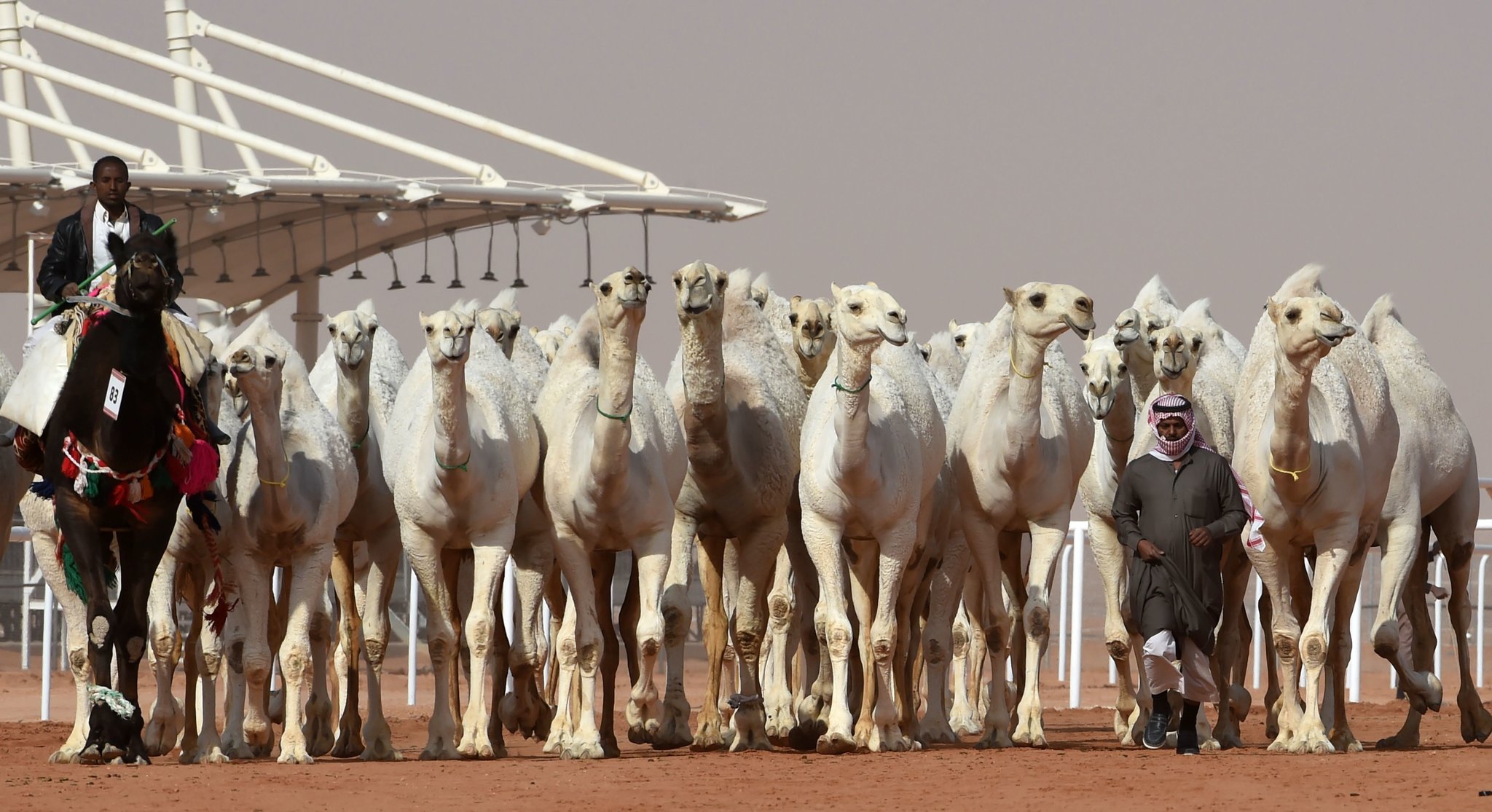 Their necks were long, cheeks broad, humps shapely and lips droopy. Too droopy. At least 12 contestants have been disqualified from Saudi Arabia’s annual camel beauty contest because the owners injected their lips with Botox. The judges were set to hand out millions of dollars in cash prizes to the breeders of the most toothsome beasts. But the contestants at the King Abdulaziz Camel Festival in Rumah had to adhere to one condition: All beauty must be “natural.” And that’s where a problem arose. “They use Botox for the lips, the nose, the upper lips, the lower lips and even the jaw,” Ali al-Mazrouei, the son of a leading Emirati camel breeder, said in an interview with the United Arab Emirates newspaper The National. “It makes the head more inflated so when the camel comes, it’s like, ‘Oh, look at how big that head is,’ ” he said. “It has big lips, a big nose.” 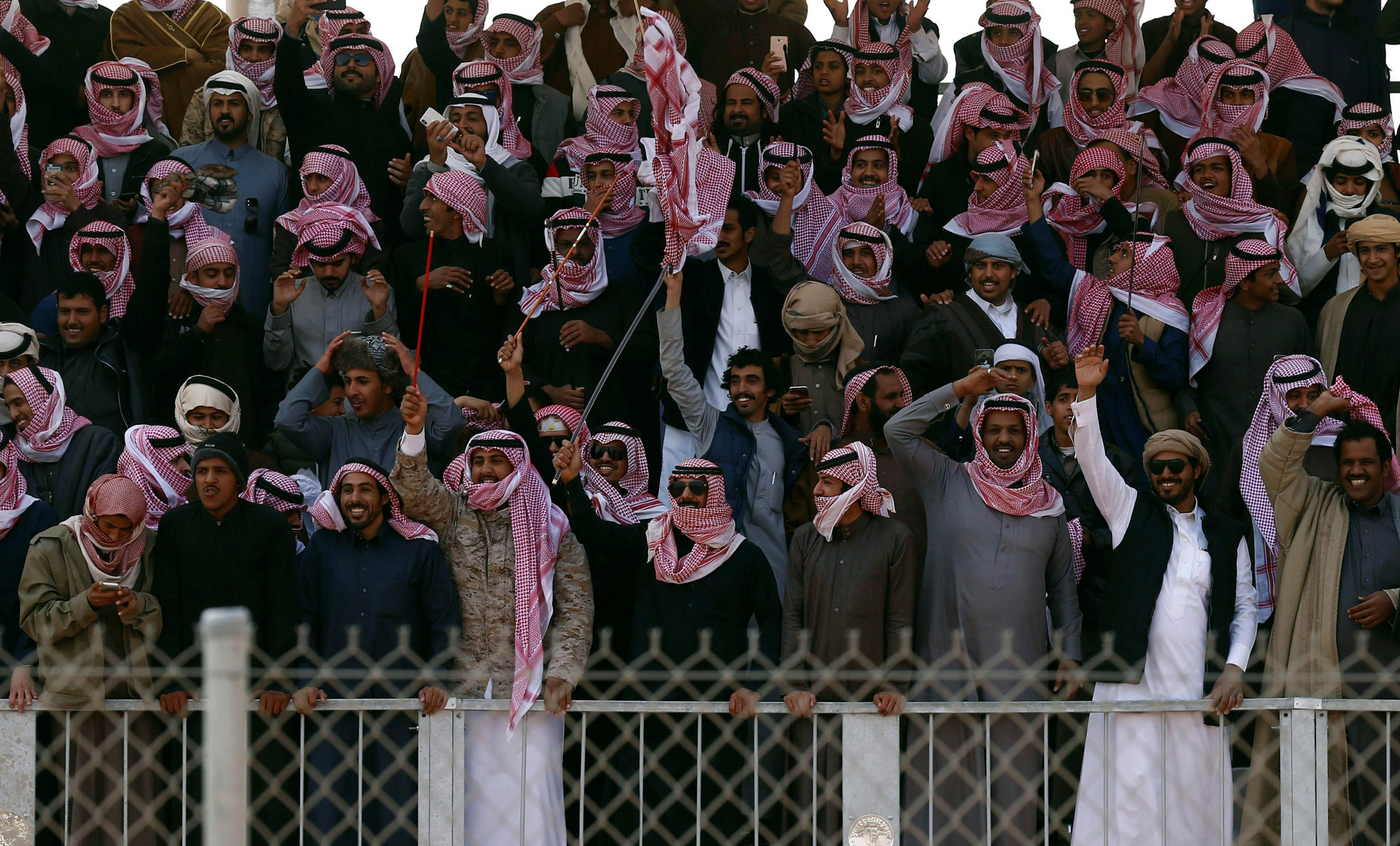 Supporters at one of the camel festival’s competitions. Credit Faisal Al Nasser/Reuters

Nick Stewart of World Animal Protection, an advocacy group, was one of several experts who expressed outrage. “There is no justification to use Botox on camels,” he said. “Such an unnecessary act is cruel and demeaning. We understand that camels are a national treasure in Saudi Arabia, but animals should not be abusedentertainment, and there should be more respect for the animals’ well-being.” The monthlong festival in Saudi Arabia, the largest in the Persian Gulf area, involves up to 30,000 camels and has so far attracted at least 300,000 visitors, organizers said. Camels also compete in races, with total prize money for the festival of $57 million; of that, $31.8 million is set aside for the beauty pageant. 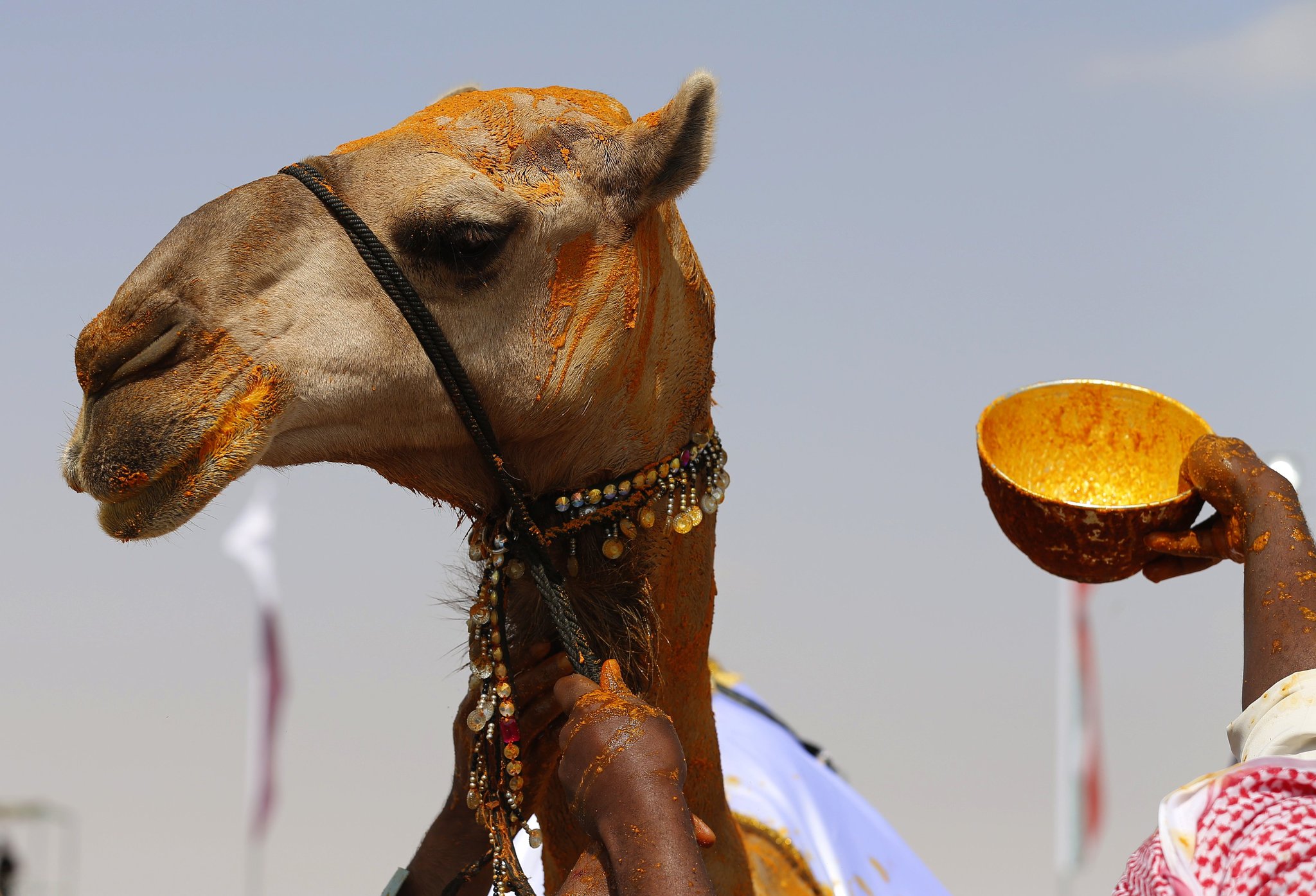 Here’s what a winner should look like. This camel won a beauty contest in the United Arab Emirates in 2016 and was covered with saffron in celebration. Credit Karim Sahib/Agence France-Presse — Getty Images

After barring the camels from the competition, the chief judge, Fawzan al-Madi, said the animal was “a symbol of Saudi Arabia.” “We used to preserve it out of necessity, now we preserve it as a pastime,” he said in comments to Reuters, referring to the crucial role camels have played in providing food and transport in Saudi Arabia. But allowing camels to get artificial touch-ups looks a long way off.