More millennials are getting plastic surgery, driven by social media and jobs

More millennials are getting plastic surgery, driven by the pressures of social media and the desire to stand out in the job market. Jamie Mysel, 23, always disliked her nose, but said that if it hadn't been for a photograph of herself that surfaced on Facebook, she might just have continued to put up with it. "My boss posted a candid picture of me and all I saw was a giant triangle, like this beak sticking out of my face and that was it, I was done," she told CBS MoneyWatch. "For years I had joked about getting a nose job, and after that I finally bit the bullet." She said social media amplified her insecurities about her appearance because photos that captured her at unflattering angles were available for her -- and everyone else -- to stare at. "I was always critical of how I looked and if it was just taken at the wrong angle the picture was awful to me, and everyone could see it," she said. 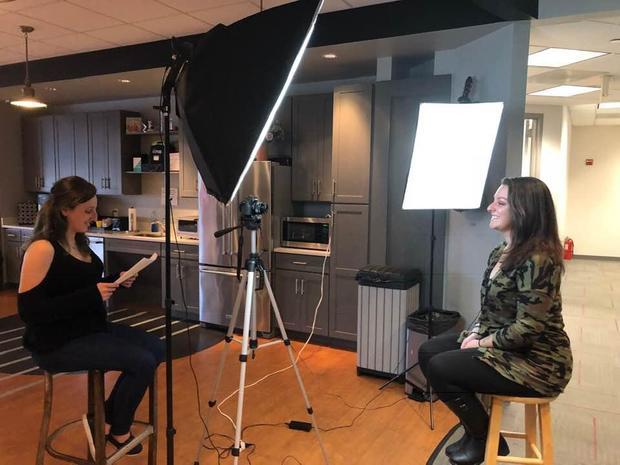 Jamie Mysel, 23, left, in the photo she says led her to finally get a nose job.PROVIDED BY JAMIE MYSEL

Mysel's experience isn't unusual, according to plastic surgeons.Dr. Patrick Byrne, director of Plastic and Reconstructive Surgery at John Hopkins Medicine, described a troubling pattern of patients referring to photographs of themselves, rather than their actual faces, when asked what they'd like to change about their appearances.

"Very often, they can't actually show you with a mirror in hand. They have to pull out their phones and show you in a picture. That's a little insane," he said. It's also indicative of the degree to which digital photography dictates millennials' perceptions of themselves, thanks to social media platforms such as Instagram and Snapchat.

"When you start dealing with young people referencing digital images of their face rather than the image that presents in the mirror in the office, that can be highly concerning that they are seeking surgery for the wrong reasons," Byrne said.

Edge in the job market

Aside from vanity, some patients may have financial reasons for getting Plastic Surgery. Some younger workers believe an improvement in their appearance will provide a leg up in the job market.

"Frequently people are looking to be more competitive in an already competitive job market. They want to be able to compete with their own generation and also older people, so they are getting either minor or major procedures to give them an advantage in the workforce," Long Island-based Plastic Surgeon Dr. Stephen Greenberg, who treated Mysel, said.

Seven of 10 Plastic Surgeons said they saw an uptick last year in cosmetic surgery procedures and injectable products, which can smooth wrinkles and plump lips, in patients under the age of 30, according to a survey. Just five years earlier, only 5 of 10 Plastic Surgeons had noticed the trend, the survey said.

"This points to the larger 'pre-juvenation' trend with more and more patients wanting to remain youthful rather than turn back the clock on signs of aging later," said Phillip R. Langsdon. "Our younger patients are controlling the aging process and taking prevention seriously."

Langsdon said he doesn't treat patients who don't yet show signs of wrinkles. He also contends that the best preventative care happens outside his office.

"Limiting sun exposure, not smoking cigarettes, maintaining a healthy lifestyle and not abusing your body -- those sorts of things are going to keep you looking younger than anything else," he said.

Millennials increasingly communicate via social media apps such as Instagram and Snapchat, where physical appearance reigns supreme. Some 88% of 18-29 year olds in 2018 said they were active social media users.

Greenberg, the Long Island-based plastic surgeon, said he's seen an uptick in selfie-obsessed patients in their twenties and thirties seeking Botox, chemical peels, injectables and laser skin treatments. Millennials tend to shy away from more invasive procedures like face-lifts and breast enhancements, and he said millennial women are more likely to undergo plastic surgery than men, he said.

"Most millennials are seeking to maintain and extend their youthful appearance rather than shave years and often decades off their looks," Greenberg said.