How to get rid of fat bulges using the cold: Cryolipolysis

In less than 10 years, cryolipolysis has become a well-known method for getting rid of fat bulges on the stomach or thighs. 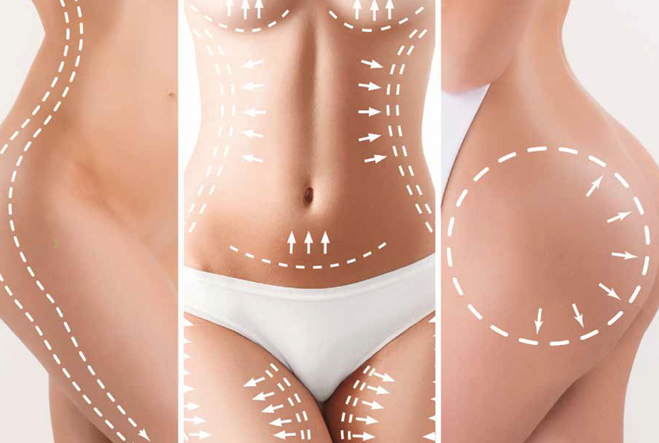 Its rapid diffusion among doctors is thanks to its non-invasive character, which requires no surgery or injections.

Cryolipolysis: how does it work?

The benefits of cold on the human body are more and more well-known and employed: cold baths, full-body cryotherapy and, the latest addition in 2009, cryolipolysis. It is based on the fact that the fat cells located underneath the skin are more sensitive to cold than the vascular or nerve cells. After being exposed to cold – a temperature of 3°C in the hypodermis – for a duration of 45 to 60 minutes without the need for anaesthetic, the fat cells in the treatment area start to decline (apoptosis) then gradually disappear after 2 months with very little inflammation.

Who is it for?

This technique is for people with localised fatty deposits, such as bulges of a certain thickness (at least 20 mm) that can be grasped in your hand and are soft, which means it is adipose cellulite. These conditions are required because the fat bulge must be in contact with the face of the cryolipolysis hand piece. It is therefore not suitable for treating fibrous cellulite, which can be treated using shock waves, nor for obese people whose fat stores are not localised.

What benefits can I expect?

According to a recent study, carried out on 42 volunteers, following a single cryolipolysis treatment on the outer thighs, an average reduction of 2.8mm in the thickness of the fat was recorded (measured using a scan after 8 weeks).

What are the risks?

Like any effective method, cryolipolysis does involve risks. The benefit/risk ratio depends on the quality of the machines used and the practitioner’s experience. An analysis, carried out by the French Higher Health Authority in April 2018, of 17 published studies recorded cases of neurological damage to the ulnar and radial nerves (when treating fat deposits underneath the arms), skin necrosis and paradoxical hyperplasia (appearing a few months after treating a new excess fat deposit). The frequency of these side-effects are rare, estimated at between 1/1000 and 1/100.

How can I tell if the device used is good quality?

These rare, unpleasant side-effects were caused by the use of unapproved devices, which did not have the medical CE mark (of the thirty or so devices available on the market, only four have this mark) or the practitioner’s insufficient experience. You can even find cheap Asian machines online, which do not have the medical CE mark. So, it is best to use an approved machine that is backed up by its own studies.

Is one session enough?

After cryolipolysis, the adipocytes exposed to the cold decline and are gradually eliminated over two months. Two months later, a layer of adipose cells representing 20% of the volume treated has disappeared, and this is uniform. Obviously, we cannot eliminate all the cells in just one session. Two to three sessions are required for a 20mm bulge of fat, while 4 to 6 sessions are needed for a 45mm bulge.

To conclude, cryolipolysis is a good method, which needs to be developed further, but it must be used properly.