New 3D Printing Technology Can Give You a Plastic Surgery Preview 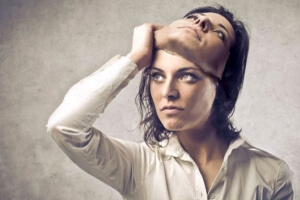 More people are undergoing plastic surgery than ever before. According to recent estimates, plastic surgeons in the United States performed more than 14 million procedures last year alone. This rise in cosmetic enhancement is attributable to a number of factors, but chief among them is the increased affordability of plastic surgery in recent years.

Even though cosmetic procedures are becoming more affordable, some people are still understandably nervous about going under the knife. After all, dramatically changing your appearance can be stressful, and there’s always the question of what exactly you’ll look like following the procedure.

Using the latest in 3D printing technology, we can offer 3D replicas of faces and other body parts so that people can see what they’re getting into before they make changes to their own bodies.

For example, if you were considering undergoing a rhinoplasty operation, we could provide you with a realistic, three-dimensional bust of what your face would look like following the cosmetic procedure. And the same goes for other operations such as lip injections, facelifts, breast augmentations and, in the future, buttock implantations.

The Next Generation of Consultations

Typically, plastic surgeons use image-manipulation software on a computer to give prospective patients an idea of what to expect from a cosmetic procedure. Although this type of simulation can be helpful for patients to understand what they’ll theoretically look like, it can also seem a little abstract. After all, a photograph of a person doesn’t perfectly represent all of the nuances of their appearance. And when it comes to plastic surgery, some of the changes are so minute that a flat picture can’t accurately convey them.

The advantage of having three-dimensional busts, however, is that patients can get a preview of their new look from every possible angle. Moreover, we can create busts of small, targeted regions, giving patients a look at the tiny changes that cosmetic enhancement can offer.

With 3D printing technology becoming more prevalent, the types of busts offered could eventually become the norm for plastic surgery consultation. While its true that there are never any guarantees when it comes to cosmetic enhancement, having access to three-dimension representations could help to put patients’ minds at ease and further increase the popularity of plastic surgery.