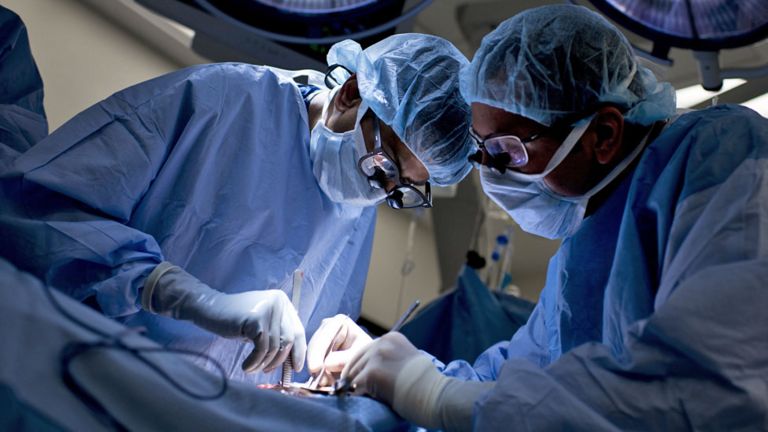 A professor of surgery says students have spent so much time in front of screens and so little time using their hands that they have lost the dexterity for stitching or sewing up patients.

Roger Kneebone, professor of surgical education at Imperial College, London, says young people have so little experience of craft skills that they struggle with anything practical.

"It is important and an increasingly urgent issue," says Prof Kneebone, who warns medical students might have high academic grades but cannot cut or sew.

"It is a concern of mine and my scientific colleagues that whereas in the past you could make the assumption that students would leave school able to do certain practical things - cutting things out, making things - that is no longer the case," says Prof Kneebone.

The professor, who teaches surgery to medical students, says young people need to have a more rounded education, including creative and artistic subjects, where they learn to use their hands.

Prof Kneebone says he has seen a decline in the manual dexterity of students over the past decade - which he says is a problem for surgeons, who need craftsmanship as well as academic knowledge.

"An obvious example is of a surgeon needing some dexterity and skill in sewing or stitching," he says. 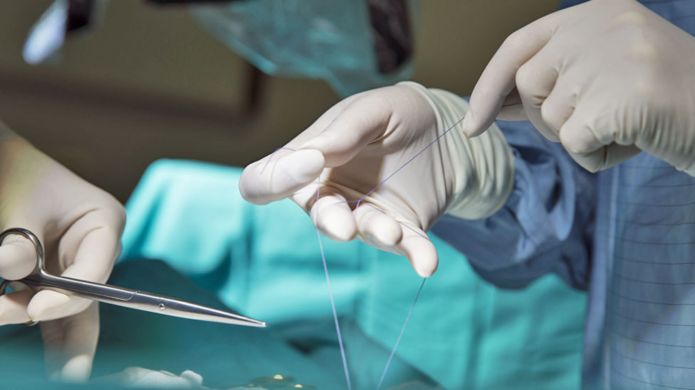 "A lot of things are reduced to swiping on a two-dimensional flat screen," he says, which he argues takes away the experience of handling materials and developing physical skills.

Such skills might once have been gained at school or at home, whether in cutting textiles, measuring ingredients, repairing something that's broken, learning woodwork or holding an instrument.

Students have become "less competent and less confident" in using their hands, he says.

"We have students who have very high exam grades but lack tactile general knowledge," says the professor.

Stay ahead of the robots

Prof Kneebone will be speaking on Tuesday at the V&A Museum of Childhood in east London, at the launch of a report, published by the Edge Foundation, calling for more creativity in the curriculum.

She says the way school performance is measured tends to push schools to focus on core academic subjects, to the detriment of arts and creative subjects.

The report warns that entries to creative subjects have fallen by 20% since 2010, including a 57% fall in design and technology GCSE.

Tristram Hunt, director of the Victoria and Albert Museum, will be speaking alongside Prof Kneebone.

"Creativity is not just for artists. Subjects like design and technology, music, art and drama are vitally important for children to develop imagination and resourcefulness, resilience, problem-solving, team-working and technical skills," says Mr Hunt.

"These are the skills which will enable young people to navigate the changing workplace of the future and stay ahead of the robots, not exam grades."